Some of you may recall, I had the pleasure of caring for a KAPS dog back in October. I got an awesome update about him I want to share with you, so click on the image to better read it: 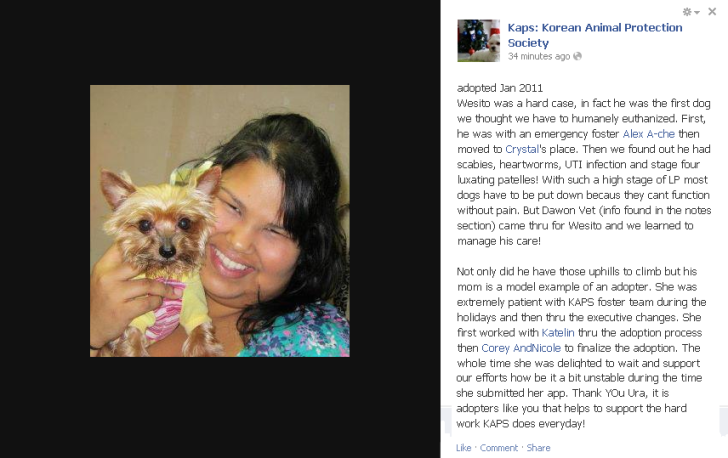 PS – Seeeee, he was a Yorkie! I know a bunch of you swore to the end he was a Chihuahua

The Korean Animal Protection Society (KAPS) is one of the few long-standing animal shelters in South Korea. KAPS rescues animals from the streets of Daegu, it houses, cares for and feeds them at its three shelters in Korea. KAPS also focuses on campaigns to end the consumption of companion animals in Korea, to increase awareness about the importance of neutering and to educate young Koreans about animals.