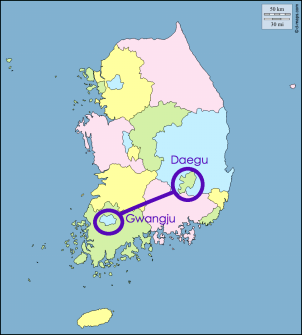 2002 FIFA World Cup: Gwangju World Cup Stadium was one of the venues used for the World Cup

Politics: Gwangju is the main campaign of the liberal Democratic United Party.

Massacre: On May 18-27 in 1980, Gwangju citizens rose up against SK’s dictatorship, resulting in hundreds killed.

It was Buddha’s Birthday and when we tried booking everything, it was too late so we were left with no place to go. Ever the optimistic, Dave came up with this grand adventure…choosing a place on the map and just getting on a bus and just going! Sort of like our very own: 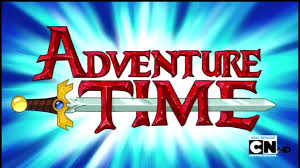 But me being me, of course I couldn’t just go somewhere and not have a clue about anything. Thank goodness for smartphones. They make everything easier. The idea of going to Jeolla province came up, since we’ve never really been. It’s always Seoul, Seoul, Seoul (Imagine Jan Brady right now).

Upon arriving, we strolled to the nearby river in the direction of duck street. Maps are a beautiful thing, easily accessible at the Bus Terminal. It wasn’t until later that night, that I remembered about the massacre and the fact that we were here on the eve of its anniversary.

We fell in love

We met up with Laura and Esther, and after a good ole’ time at the festival, we headed out and miraculously found a salsa studio where there were more men then women! Now if you know my friends Laura and Esther, you know how obsessed they are with salsa. So the fact that this place had more men then we are accustomed to in Daegu, made her instantly want to move to Gwangju! Right upstairs was the most chillest pub I’ve seen in quite some time. Speakeasy was amazing, so relaxing and the owner came over and chatted with us. By the end of the night, we had talked to so many friendly people – both Korean and foreign. As the night began to wane, and sleep called, we were ready to love Gwangju forever. 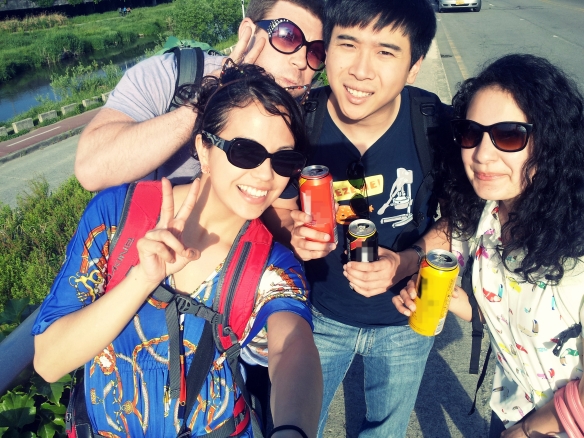 Beautiful place! Too bad there were so many mosquitoes! 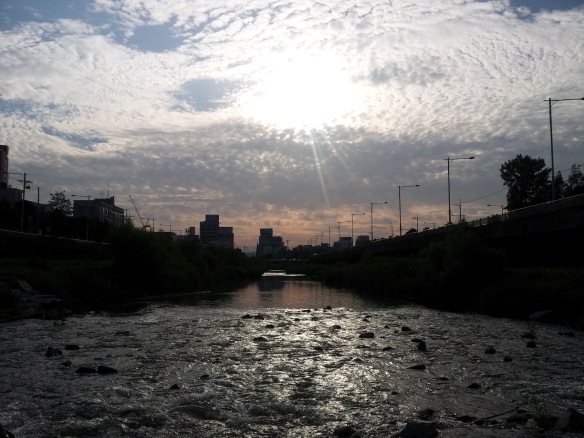 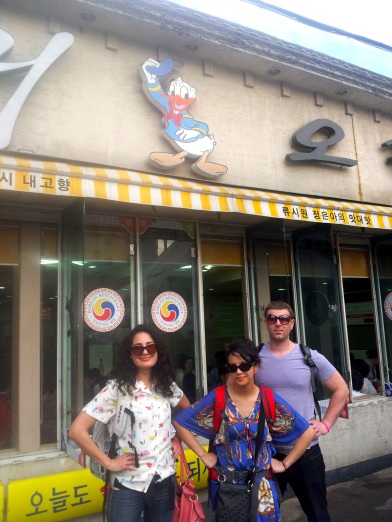 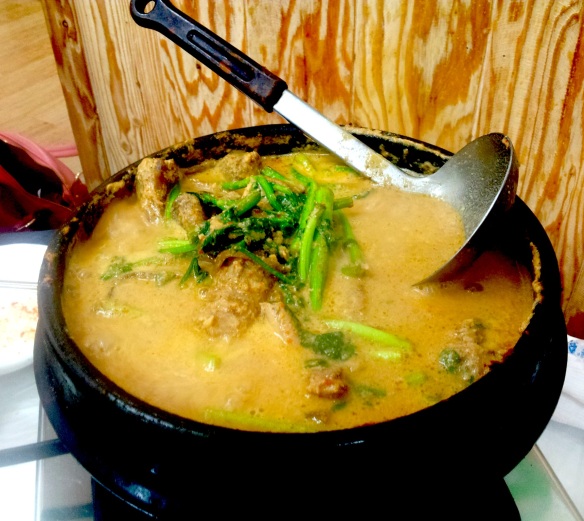 The best part of the night, a festival to celebrate democracy! 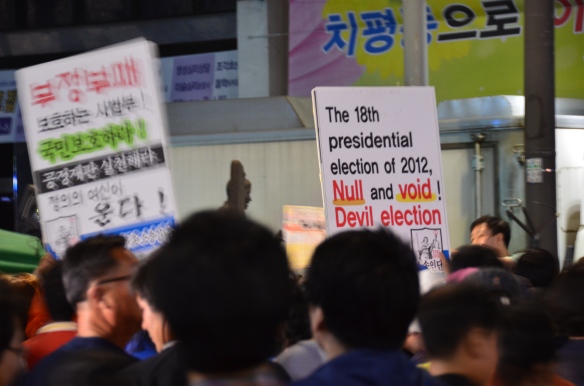 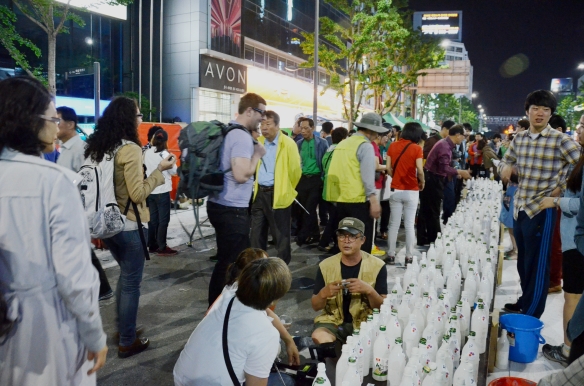 Our Irish Esther approved of the Guinness at Speakeasy. The owner is Irish and sets the bar really high. 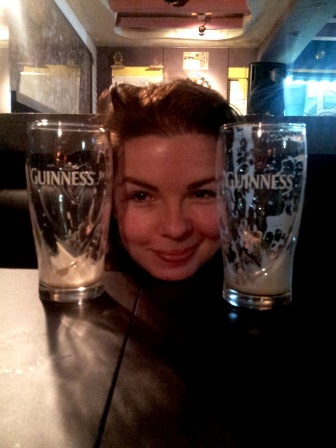