For someone who isn’t particularly prone to enjoying the ocean (the thought of deep dark waters frightens me) I was surprised how much nostalgia I felt when I went to visit Pohang with my art teacher a few weeks back. We were there to see the art of Nam June Paik, a Korean born American artist considered to be the first video artist. He paved the way for asian artist during his time. It’s very trippy (it was around the time of Andy Warhol) and many of the video’s feel like a trip  on acid. If David Bowie is on them, you know it’s some mind trip.

In 1974 Nam June Paik used the term “super highway” in application to telecommunications, which gave rise to the opinion that he may have been the author of the phrase “information superhighway.”  He has been quoted with saying, Skin has become inadequate in interfacing with reality. Technology has become the body’s new membrane of existence.” 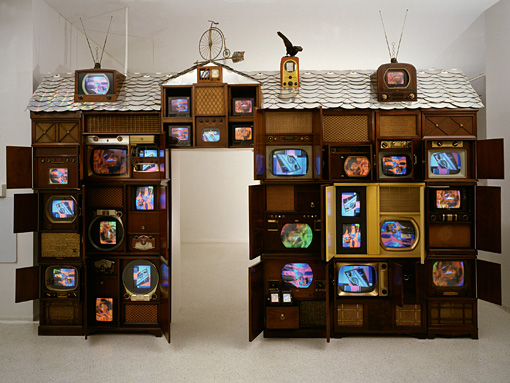 One of my favorite pieces I saw.

After the gallery we made our way to the ocean, where I was able to take some pretty nice shots when I randomly found a chair abandoned on the beach.

The first taste of salt 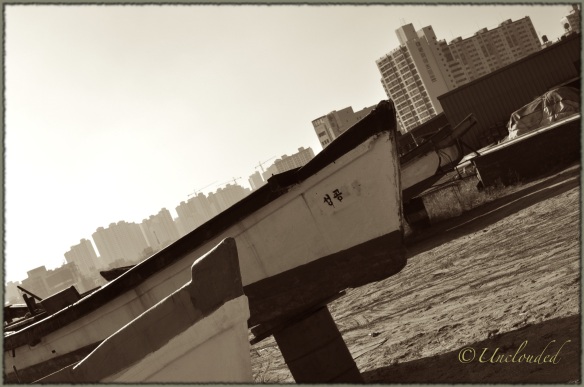 I'll look for you

Pohang is a steel city, relying heavily on POSCO as a means to its economic success. Nature and industrialization collide beautifully here. You need to try Mul Hwe, a delicious blend of sashimi with cold noodles, topped with a chilled pear sauce that is do die for.