My friend Maggie got a chance to stay with me for two weeks after having been on the road for 6 months traveling the world. She was my manager back in City Year. I loved showing her Korea, it made Daegu feel new all over again.

Jeong Hwa, the art teacher in my school, drove Maggie and me to eat Minari ( 미나리, also known as Hemlock Water Dropwort) right off a farm outside of Daegu. Yes, you hear hemlock and you equate that to poison. Though it shares the name, minari is safe. Minari, Oenanthe Javanica, differs from the lethal variety, Oenanthe Crocata. This strictly taken from Wiki cause it sounds so cool:

Scientists at the University of Eastern Piedmont in Italy claimed to have identified hemlock water dropwort (Oenanthe crocata) as the plant responsible for producing the sardonic grin.[2][3] This plant is the most-likely candidate for the “sardonic herb,” which was a neurotoxic plant used for the ritual killing of elderly people in Phoenician Sardinia. When these people were unable to support themselves, they were intoxicated with this herb and then dropped from a high rock or beaten to death. Criminals were also executed in this way.[4]

One of my favorite Korean dishes by far. Korean Minari is also known as  Chinese celery, or Japanese parsley. 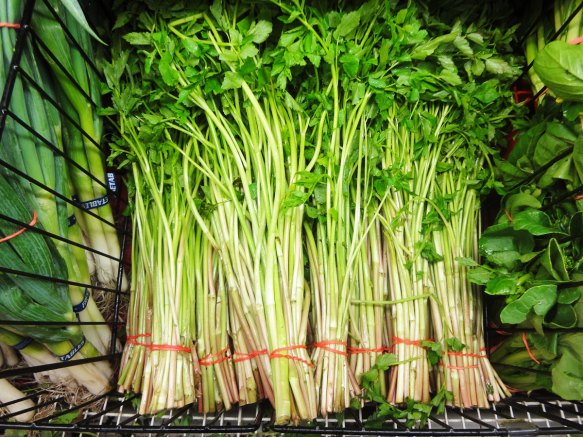 We then headed to Suseong Lake (수성못) near Jeong Hwa’s place. The cherry blossoms were still in bloom and we got to watch some of the duck boats out in the water. Beaaaaaautiful! 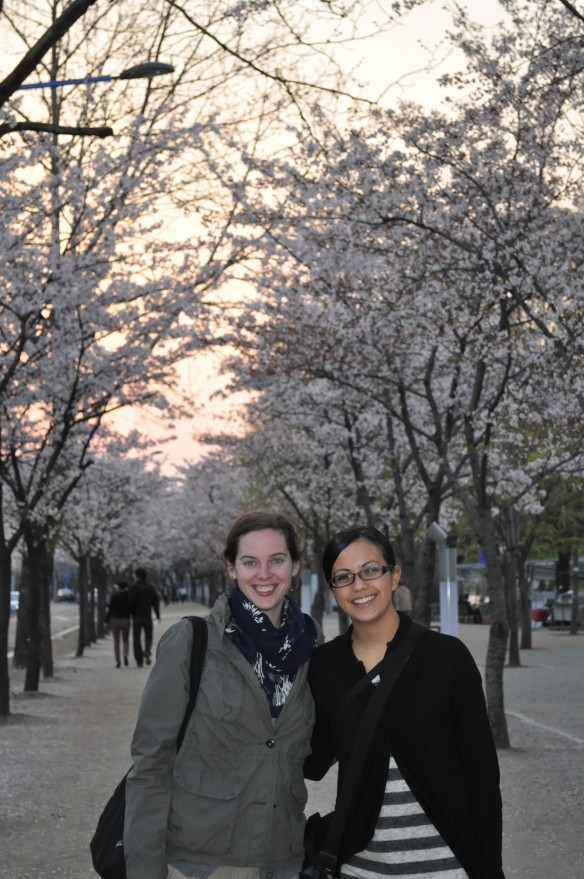