Every spring between March and April, yellow dust (황사)makes its way to South Korea. Yellow dust- fine sand blown from the Gobi Desert in China and Mongolia that sometimes includes toxic chemical smog emitted by Chinese factories – can cause respiratory problems. The ignorant waeguk (외국 foreigner) that I am, I had no clue this past weekend was the worst yellow dust recorded by the Korea Meteorological Administration (KMA). The dust in the air marked 2,684 micrograms per cubic meter in Daegu.

The first record of the dust phenomenon in Korea is found in the reign of Silla Dynasty’s King Ahdalla (174 A.D.). It was called “Woo-To”. At that time, the people believed that the God in the heaven became so angry that they lashed down dirt instead of rain or snow. This is why, whenever the King or his subjects saw a dust phenomenon, they would be frightened.

So of course I go into school on Monday, after gallivanting throughout Downtown the whole weekend, only to be asked by my teachers if I avoided the yellow dust. “No….How would I know?” I asked, and their response was look at the sky and then look at the cars: 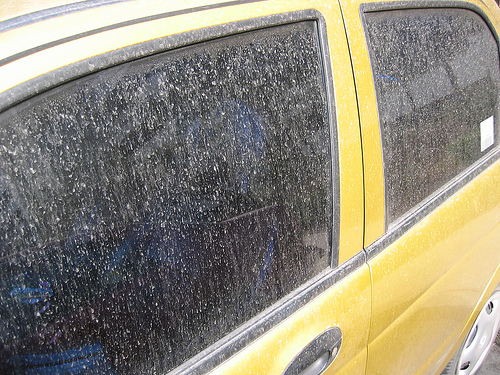 It’s an expensive pollutant to clean up. Korean Air, who along with others clean their planes monthly to protect from erosion says, “The washing requires 6,000 liters of water at a cost of 3 million won”. That’s about $3,000. Yikes.  According to Wiki:

In 2007, South Korea sent several thousand trees to help block the migration of the yellow dust. These trees, however, were planted only by highways, because China stated to South Korea that they could receive the trees but that they would decide where the trees would be planted. So thus, people in Seoul have to severely deal with this:

Here’s some advice on what to do when we are on Yellow Dust Alert according to 65th Medical Brigade, during a yellow dust storm people should:

Avoid outdoor activities, especially the elderly, young children and people with lung diseases (such as asthma), heart disease or diabetes. 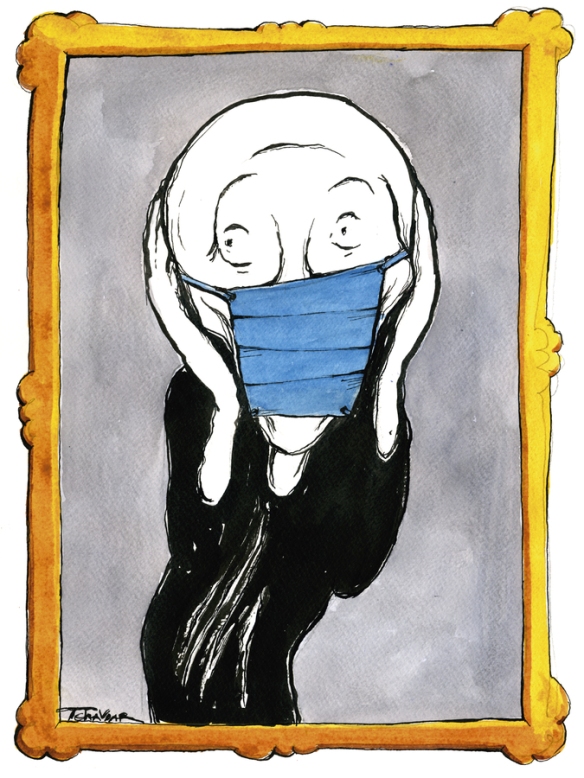